Your days at the cabin blissfully melt together, the mornings filled with a steamy hot mug of coffee, fresh eggs from the local farm cooked on the woodstove and anticipation of what the day’s activities will bring. The air is crisp and clean. There is a bit of a chill in the air. “Fall seems to be coming early this year,” you note. Each day is an adventure. Earlier in the week your wife had taken a walk down along the river which feeds the pond. She had been eyeing the blackberry patches growing along the river’s edge. Each day she reported on how ripe the berries were. “Today is berry picking day” she declared.

Trying to find a way to get out of her idea of fun and yours of work, you offer to head down the hill and pick up some ice cream to accompany the berries. The boys can help her pick and cut back the theory stems while she picks. Your daughter also wants to go to town. Her stomach has been acting up a bit and she wants to pick up something to calm it.

Your trip down the hill and back was uneventful. You pick up a local newspaper while in town.

Later that evening after ice cream and berries, you settle in to read the newspaper. The usual headlines-a trucker’s strike, upcoming elections, the flu season is early this year, etc. You think to yourself that you haven’t missed much and throw the paper into the fire starter box.

The next morning you are awoken by your wife who tells you your daughter has been having diarrhea all night. She hasn’t been feeling well for the past day, having stomach cramps and nausea. She believes she just ate something that didn’t agree with her. The Pepto Bismol seems to help with the nausea but not much with the diarrhea. At this point she isn’t showing any signs of dehydration. 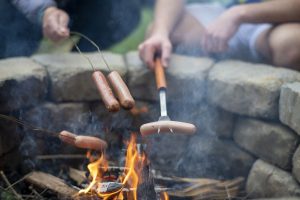 Your sons were fine, they were ready for a day of collecting wood and cooking hotdogs over an open fire for lunch.  2 more days and you will be back in “civilization” you muse. A day to unpack and then back to work. The vacation has been refreshing, but you are looking forward to sleeping in your own bed and enjoying the modern conveniences of life, such as your electric stove and heater.  One thing you are contemplating, is how much your family depends on the system. From heating and cooking (both electric) to medicines and your food supply. The newspaper mentioned a trucker’s strike. If the trucks all stopped running, what would happen? How would food get delivered? How about the parts for their cars? How about, heaven forbid, medical supplies and medicine? He knew very little about trucking logistics, or food logistics for that matter. His specialty was engineering.

All of a sudden, you feel very vulnerable. You had purchased your Jase cases for the family after talking to your neighbor, a paramedic. He seemed to be aware of the supply chain and how fragile it was. “You recall the conversation you had with him that convinced you that at the very least antibiotics should be a priority in case of an emergency or supply chain disruption. You had discussed this with your wife, who was in full agreement.

Looking back on this decision you are grateful you took the plunge and purchased the cases. It saved your vacation-not having to run to the clinic and disrupt the family vacation. Your thumb was healing nicely, and you only have a few days left of antibiotics to finish the course. 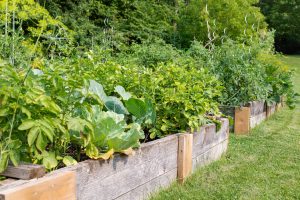 You decide that when you get back home you should assess what else is lacking in your family’s preparedness. The next 2 days flew by, and you were back home. Your yard looked a little unkempt. The grass and weeds were starting to take over. “I wonder if the HOA would allow some neatly kept planter boxes in place of the grass. We could grow some tomatoes, lettuce, squash. After the boxes were installed the upkeep and water bill would be lower.  You relish the idea of fresh vegetables with less yardwork, lower water bill(set boxes up on timer) and lower grocery bills.

Your daughter is especially happy to be home, with modern plumbing and her cozy bed. Her diarrhea had not slowed down. Your wife notes she seemed to be getting a little dehydrated and that your daughter’s stool was very foul smelling. The first aid bag contains oral rehydration powder, which you mix with water and give to her. Your wife calls your daughters pediatrician. She says to just continue to offer your daughter the rehydration solution, bland foods and monitor for now. She states that most cases of diarrhea clear up on their own after a week or so. You take mental note that it has been 5 days since your daughter started feeling ill. 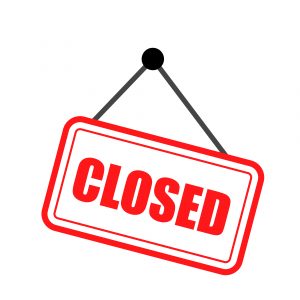 Monday morning seemed to come too fast. You are refreshed from your vacation and eager to show coworkers the cabin and wildlife pictures you took on your phone. As you drive into the parking lot you notice a sign on the front door. “Closed until further notice it reads.” Your phone had been on airplane since last night. You take your phone off airplane and a series of texts start pouring in. “Bioterror attack – stay home, office closed until further notice.  You have missed 2 voicemails and 6 phone calls starting Sunday afternoon. It hadn’t occurred to you to turn on the radio on your way to work. You and your family had been offline since yesterday, even your children agreed it was nice to get away from all the electronics. You all agreed to catch up on news etc. for the afternoon, then take a break from the internet and media until Monday.

Heading home, you realize that there weren’t many people on the road. The streets seemed eerily quiet. Even the grocery stores were closed. “What in the world is going on?” you wonder. You turn on the radio. “Mysterious illness…. Believed to be bioterror attack…. If you live in the vicinity of…….Stay home……” You rush home to find your wife on the phone with the pediatrician. Your daughter isn’t doing very well. Her diarrhea hasn’t let up and she is getting more dehydrated, even when given the rehydration solution. Her pediatrician is quizzing your wife on what your daughter had eaten and her activities. When your wife relayed her daughter had been swimming in the pond while on vacation her pediatrician suggested she may have become infected with an intestinal parasite, Giardia. Giardia, she states, is very common, and can be found in contaminated waters, lakes, food, daycare settings, etc. It is transmitted via oral to fecal route. Her pediatrician recommends starting your daughter on an oral antibiotic. She offers to call in a prescription, however it may not be available, given the unknown nature of the bioterror attack. You pull out your daughters Jase case, and hand it to your wife. She tells the pediatrician about Jase and reads the 5 antibiotics in the case. “Will any of these work?” your wife asks. The pediatrician instructs your wife to give your daughter metronidazole, one of the antibiotics in the Jase Case. She further instructs her on disinfecting surfaces with 1 cup bleach to 1 gallon water to kill the parasite, monitor your daughter and call her if there isn’t improvement in the next few days. Your wife thanks the doctor and hangs up the phone.

You are slowly realizing that the world as you had known it has changed.