No Insulin Anywhere - What to do | JASE Medical

No Insulin Anywhere – What to do 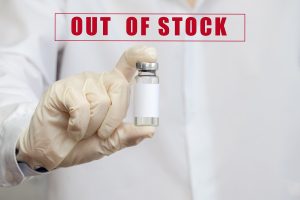 Among one of the most serious complications of a medical supply shortage is shortage of insulin for insulin dependent diabetics. The threat is getting very real, given current events.

The media has been very quiet about medical supply chains. Given the instability of the entire world, sanctions, ports closed, Chinas largest city in lockdown, the time to prepare is YESTERDAY. The next best time is NOW.

According to the ADA:” What is insulin dependent diabetes?

Diabetes is a problem with your body that causes blood sugar (also called blood glucose) levels to rise higher than normal. This is also called hyperglycemia.

When you eat, your body breaks food down into sugar and sends it into the blood. Insulin then helps move the sugar from the blood into your cells. When sugar enters your cells, it is either used as fuel for energy right away or stored for later use. In a person with diabetes, there is a problem with insulin. But, not everyone with diabetes has the same problem.

In type 1 diabetes, your immune system mistakenly treats the beta cells in your pancreas that make insulin as foreign invaders and destroys them. This can happen over a few weeks, months, or years.

When enough beta cells are gone, your pancreas stops making insulin or makes so little insulin that you need to take insulin to live. Type 1 diabetes develops most often in young people but can also appear in adults.”

Researchers found that people who had COVID-19 were about 40% more likely to develop diabetes within a year after recovering, compared to participants in a control group.

According to the NIH SARS-CoV-2 site titled “The diabetes virus” SARS-CoV-2 can interact with several proteins on the surface of cells in the body, allowing the virus to gain access to the cell. But those proteins are present in different levels for different cells. Researchers discovered that beta cells — the cells that make insulin in the pancreas — have a higher level of one of those proteins, neuropilin, than other pancreatic cells. In one study, researchers examined lab-grown beta cells infected with COVID-19 and found that they made less insulin when infected with the virus. Some of the cells died outright.

In the other study, researchers found that infection effectively reprogrammed some of those lab-grown cells. Instead of producing insulin, which breaks down blood sugar, they started producing glucagon, which increases blood sugar. 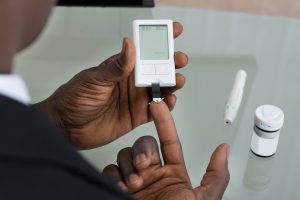 The following isn’t medical advice, consult your healthcare provider for your medical needs

What to do if you are unable to get insulin 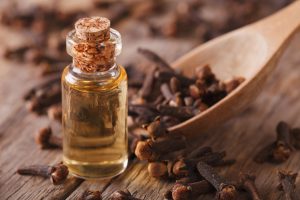 Diabetic Ketoacidosis, a real threat during an insulin shortage

Diabetic ketoacidosis (DKA) is life-threatening—learn the warning signs to be prepared for any situation.

DKA is no joke, it’s a serious condition that can lead to diabetic coma or even death. DKA is caused by an overload of ketones present in your blood.

When your cells don’t get the glucose they need for energy, your body begins to burn fat for energy, which produces ketones. Ketones are chemicals that the body creates when it breaks down fat to use for energy. The body does this when it doesn’t have enough insulin to use glucose, the body’s normal source of energy. When ketones build up in the blood, they make it more acidic. They are a warning sign that your diabetes is out of control or that you are getting sick.

DKA usually develops slowly. But when vomiting occurs, this life-threatening condition can develop in a few hours. Early symptoms include the following:

Then, other symptoms appear:

Warning! DKA is dangerous and serious. If you have any of the above symptoms, contact your health care provider IMMEDIATELY, or go to the nearest emergency room of your local hospital.

(Just as life threatening but less common if lack of insulin)

If blood sugar levels become too low, signs and symptoms can include:

As hypoglycemia worsens, signs and symptoms can include:

When to see a doctor

Seek a doctor’s help immediately if:

Seek emergency help for someone with diabetes or a history of hypoglycemia who has symptoms of severe hypoglycemia or loses consciousness.