Monkeypox – Should we be concerned? | JASE Medical

Monkeypox – Should we be concerned? 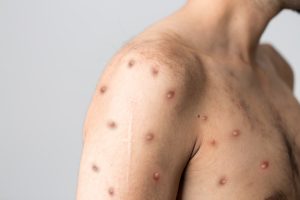 Reports of Monkey Pox are in the headlines now, from case fatality rates as high as 10 percent to the virus being part of a planned bioterror attack.

Third possible case of monkeypox found in US

WHO asks for ‘strengthened coordination’ as monkeypox outbreak reaches the US

To sort out fact from sensational headlines below are some statistics and facts taken from the World Health Organization and CDC:

Monkeypox is a rare disease that is in the same genus as smallpox and cowpox. Monkeypox was first discovered in 1958 when two outbreaks of a pox-like disease occurred in colonies of monkeys kept for research, hence the name ‘monkeypox.’ The first human case of monkeypox was recorded in 1970 in the Democratic Republic of the Congo (DRC) during a period of intensified effort to eliminate smallpox. Since then, there have been small outbreaks throughout the world, The first outbreak in the US was in 2003 when 71 individuals were infected following sale of prairie dogs infected with Gambian giant rats that had been imported from Ghana. They had been housed in the same facility for an extended time and became infected. Since then, there has been isolated outbreaks in the United States.

About the monkeypox virus

On May 6th, 2022, the first laboratory confirmed case of West African monkeypox in a UK resident returning from a visit to Delta and Lagos in Nigeria. Since then, there have been reports of the virus in Europe (e.g., England, Portugal, Spain, Sweden, Italy, Belgium, France), North America (e.g., United States, Canada) and Australia. Some cases were reported among men who have sex with men. Some cases were also reported in people who live in the same household as an infected person.

None of these people reported having recently been in central or west African countries where monkeypox usually occurs, including the Democratic Republic of the Congo and Nigeria,

The current outbreak appears to be the less severe form of monkeypox- the West African monkeypox virus.

Infection with monkeypox virus begins with an incubation period. A person is not contagious during this period.

The second stage begins with the rash that starts on the face before spreading to other parts of the body. 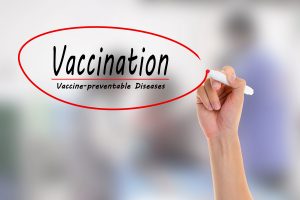 Since monkeypox and smallpox are very similar the smallpox vaccine is considered effective to prevent monkeypox.

ACAM200 and JYNNEOSTM (also known as Imvamune or Imvanex) are the two currently licensed vaccines in the United States to prevent smallpox. JYNNEOS is also licensed specifically to prevent monkeypox. You are not considered fully vaccinated until you receive 2 doses of the vaccine.

CDC recommends that the vaccine be given within 4 days from the date of exposure in order to prevent onset of the disease. If given between 4–14 days after the date of exposure, vaccination may reduce the symptoms of disease, but may not prevent the disease. Persons exposed to monkeypox virus and who have not received the smallpox vaccine within the last 3 years, should consider getting vaccinated.

The sooner the person receives the vaccine, the more effective it will be in protecting against monkeypox virus.

At his point there seems to be no real threat to contracting monkeypox unless you have been directly exposed to someone who has a confirmed case, or you have traveled to an at-risk nation/region. There are vaccinations with an 85% success rate available, and the US has enough supply of vaccines for now. Always consult your primary health practitioner for guidance.