Monkeypox Pandemic Declared by World Health Network- Who are they? | JASE Medical

Monkeypox Pandemic Declared by World Health Network- Who are they? 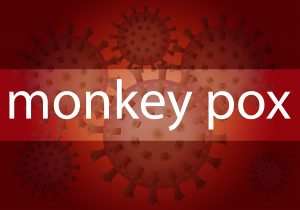 On June 22, 2022 the World Health Network (WHN) has declared Monkeypox a pandemic.  On June 23, 2022, the World Health Organization (WHO) held a session on the Monkeypox outbreak behind closed doors, They concluded  the Monkeypox outbreak doesn’t yet constitute an escalation to pandemic status, rather , “At present, does not determine that the event constitutes a Public Health Emergency of International Concern (PHEIC).”

Let’s look at the different entities, starting with the World Health Network (WHN).

WHN is organized under the aegis of the New England Complex Systems Institute, a US non-profit 501c3 research and educational institute.

The WHN started in 2020 in response to the Covid 19 pandemic. The members are comprised of scientists, physicians, systems scientists, and other disciplines.

Their mission statement: “Our mission is to end the spread of COVID-19 by mobilizing science and compassion into action, advising policymakers and empowering communities with practical strategies to eliminate COVID-19. We are dedicated to protecting health and wellbeing and restoring the economy.

They now have taken on Monkeypox as their new project.

Their statement on Monkeypox:

The World Health Network (WHN) declares the monkeypox outbreak a Public Health Emergency of Global Concern, by which it indicates that this outbreak is not limited to a single country or region and should be addressed by immediate actions taken wherever community transmission is taking place in order to ensure that the least effort is needed, and the smallest impact is suffered due to this outbreak.

The World Health Organization (WHO)

Founded in 1948, WHO is the United Nations agency that connects nations, partners and people to promote health, keep the world safe and serve the vulnerable – so everyone, everywhere can attain the highest level of health.

The WHO consists of over 8.000 professionals including doctors, epidemiologists, scientists and managers. They coordinate the world’s response to health emergencies, promote well-being, prevent disease and expand access to health care.

On June 23, 2022, The WHO held a closed door meeting on the Monkeypox outbreak.

A summary of their conclusions:

On June 28, 2022, the WHO published a downloadable pdf on “Public Health Advice for Gatherings During the Current Monkeypox outbreak”.

respiratory droplets and from contaminated surfaces

or material; it is still unclear if infected people with no

symptoms can transmit the monkeypox virus, making it

important for anyone attending gatherings to exert 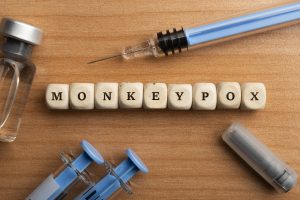 Many of these outbreaks are in the younger population. These individuals have not received a smallpox vaccination (which was declared eradicated in 1980) has been shown to be effective against monkeypox, given its similarities. (There are newer vaccines that are specifically for the Monkeypox now available)

The fact is that countries are mostly guided by World Health Organization recommendations. World Health Network may issue declarations, however given they are relatively new in the healthcare field and are mostly an artificial intelligence business, (with participants in healthcare, epidemiology and other disciplines) their influence on current policy is very limited at the moment.

We will be monitoring the Monkeypox outbreak over the coming weeks and months, and provide updates as they come in.