“Why are you back home?” your wife asks, after hanging up the phone from her conversation with the pediatrician. “Did you forget something?”

You briefly relay what transpired. The sign on the office door that read “closed”, the strange radio announcements about staying home, a possible bioterror attack not too far from your home. Your wife turns on the tv. Every station is carrying the same news. From what you can tell the “early flu” you read about while on vacation turned out to be some sort of bioterror attack.

Your two boys were headed to school at this very moment. You call the younger on their cellphone since the older boy was driving. “Come home immediately” you order After explaining the situation the boys head back home. “Don’t go anywhere, don’t stop to pick anything up at the store, come straight home.” You tell them.

You sit down, your head is reeling. You think to yourself “What should I do? Or not do?”

First things first. You check on your daughter. She seems to be comfortable. She is holding down fluids and is listening to music in her room. Hopefully she doesn’t get any worse, so you won’t have to take her to the clinic. You wonder out loud if the clinics are even open during this crisis and make a mental note to call your family doctor’s office later that day.

The boys just arrived from their trek to school and back. Apparently, their phones had texts telling them to go home and stay home. They thought it was a prank. Their first impression was a hacker had been able to access the school records and sent out a phony alarm. 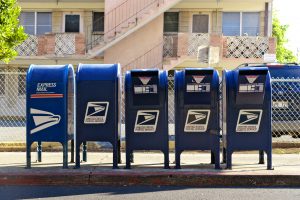 More news is pouring in from the television. Apparently, the attack was carried through the mail system. This was vaguely reminiscent of the post 911 Anthrax attacks. Back then, the mail was addressed to certain politicians and media outlets. The Anthrax was found in letters, when upon opening the spores were released, killing 5 people, and injuring 17 others.

As usual, the news outlets were tight lipped about what was going on. From what you can surmise the attack seemed random and the bioterror agent causes early flu like symptoms. Apparently, the agent was/is being distributed in “free” samples of organic lavender scented body powder. The clinics and hospitals had been diagnosing this as early season influenza based on symptoms alone until one clinician decided to have a lab specimen tested.

Since the attacks had been considered random and labeled bioterror the whole country had been placed in a type of “lockdown”. You wonder if the bioterror agent is contagious, if your family has received any of these organic powder samples, if so, have they opened them, was anyone other than your daughter sick. Thankfully all the answers were a resounding NO.

Reports were flowing in from all parts of the nation. Even Alaska was affected. No mention of Hawaii. People were advised to stay home, wait further instruction and phone their health care provider if they had opened any sample packages labeled organic powder. Anyone with flu like symptoms was also to contact their primary care providers. An advisory to not open mail was issued.

You ask your wife and children if they had gotten the mail from the post office since getting back from the cabin. No one had. You breathe a sigh of relief.

“Do you have any clue what is going on?” you ask your paramedic neighbor. “At this point we are to wear our hazmat suits and be fully prepared and equipped for any respiratory agent exposure”’ he said. I am guessing we will know more soon. I sure hope I don’t get called out on a call from whatever this attack is. People are already starting to panic and are calling 911 for almost anything.”

You hang up the phone. Reports on local news outlets are of people panic buying at the stores, even though they were told to stay home. The grocery stores were unable to handle the overbearing crowds, pushing their way through the stores. Panic buying on bottled water and junk food seemed to fly off the shelves according to news outlets, and videos of people pushing carts full of potato chips, beer, bottled water, and soda pop.

Hospitals were also getting hit hard. Mass hysteria had hit. People were pouring into the Emergency rooms with anxiety, shortness of breath and vague symptoms of not feeling well.  It was exactly what the authorities were trying to keep from happening by ordering everyone to stay home until they could figure out what was going on.

You decide the last thing anyone needed to do was to be out in that mob. You and your wife decide to take stock of what you have in the house to survive the next week. Since you had returned from your vacation you had a lot of leftover food. Canned food, fresh fruit, bottled water, etc. Plenty of first aid supplies, along with ample over the counter pain relivers, etc. There was no reason to leave home as long as your daughter continued to recover from her diarrhea.

The news reports continued well into the night. In the distance you hear sirens racing down the highway. Many more than usual. You sit back in your favorite recliner. Exhausted from your trip and now the news, you fall into a fit full slumber.

As the sun breaks the horizon you become aware the tv had been on all night. One of your sons had been up watching it the entire time. “Any new developments?” you ask. “Tularemia or something like that, “he said. “It’s what the terrorists put in the powder samples in the mail.”  “Never heard of it” you said. “Did you look it up?”  “I did”, he said. “Seems there are different types. The one the terrorists used are airborne. It is a bacteria that takes only a few to infect someone. One good thing is that you can’t catch it from someone who has it. But it can be fatal if not treated. Guess since this is a random attack the government decided to just stop mail delivery and have everyone stay home until they could figure out what to do.”

How do you spell that? Did they say what the treatment is? You ask. Your son spells out Tularemia. “Treatment is antibiotics”. Guess the government has a stockpile of antibiotics for such an attack but since this is such a random event, they aren’t sure they have enough, or where in the States the antibiotics should go to.” You ask if he knows what antibiotics were effective against Tularemia. He didn’t know. You recall your Jase case and the small emergency antibiotic guidebook that came with it. Ciprofloxacin and Doxycycline are both mentioned in the booklet as effective against Tularemia. The Jase Case includes both antibiotics. You breathe a sigh of relief. You sincerely hope you don’t have to use these, but if you do, you and your family have your own emergency supply.