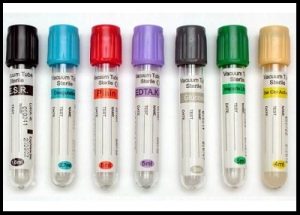 January 18,2022 the FDA issued a supply shortage of every type of blood collection tubes. These tubes are used in blood coagulation tests, drug and hormone levels, to basic chemistry and hematology tests, and provide the foundation the health practitioner needs to diagnose and treat patients.

The primary US based tube manufacturer is Becton-Dickinson (BD), A BD spokesperson said that during Covid, they have seen “the most unpredictable demand that BD has experienced in our company’s history.” They added, “Worldwide, BD produced nearly a half a billion additional blood tubes in 2021 versus 2020, The shortage was first found in the light-colored lavender tubes that are used for assessing a patients coagulation. Since many covid patients are at risk for blood clots these tubes ran out first. “

Worldwide labor shortages, raw material shortages and shipping delays are hindering the supply of these tubes, with no end in sight.

Because of this the FDA is recommending rationing these tubes for necessary, urgent cases and not for routine screenings.

This has left many people without necessary preventative and routine testing.

As stated, there is no end to the shortage in the immediate future.

Vacutainer tubes in glass were invented by Joseph Kleiner in 1947. The plastic version, known as Vacutainer PLUS, was developed at Becton Dickinson Research Center during 1991-1993, by co-inventors E. Vogler, D. Montgomery and G. Harper.

Prior to the invention of an evacuated tube system, before collecting blood, solutions for the additive tubes like EDTA and citrate were prepared and dispensed into test tubes for blood anticoagulation. Then, to identify the proper draw volume, the laboratory used to etch lines in the borosilicate glass tubes. The phlebotomist would collect blood specimens with needles and glass syringes. After collection, the blood would be transferred into a series of test tubes and sealed the tubes with black rubber stoppers for transportation of the specimens to the laboratory. For electrolyte measurements, mineral oil was added to the tubes to prevent loss of CO2. For serum specimens, wooden applicator sticks were used to loosen the clot from the tube walls .

The shortcomings of these techniques were numerous. The patients were subjected to the ordeal of multiple needle entries to the vein. The errors during the collection and transfer process and the safety risks were unavoidable

The introduction of vacuum blood collection systems marked an era of greater safety, easy handling, speed, and accuracy in blood-to-additive ratios. Initially during blood collection with evacuated tubes, one end of the needle entered the patient’s vein; the other end penetrated the rubber stopper as the tube was pushed into the open end of the holder. The vacuum enabled the tube to fill with the appropriate volume of blood.

Now, there are regulatory agencies and guidelines that ensure the consistency in the design and manufacture of blood collection systems like Food and Drug Administration (FDA); International Standardization Organization (ISO); and Clinical Laboratory Standards Institute (CLSI); The Medical Device Amendment (1976) and the Safe Medical Devices Act (1990). 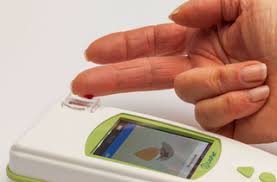 Alternatives to vacutainers have been around for many years. They have a proven track record and could fill the gap the widely used but in short supply that vacutainers are facing. Prothombin times and INR (PT/INR) coagulation tests use the light lavender topped vacutainers that were initially put on the vacutainer shortage list.

At home devices, like the standard glucometer testing devices widely used to test blood glucose levels at home, can allow a patient to take this test in the comfort of their home using a very small sample of blood. Called the LabPad INR machine, Avalun technologies has developed a handheld device that can read a patients PT/INR in a matter of minutes using a small blood sample obtained by a fingerpick. 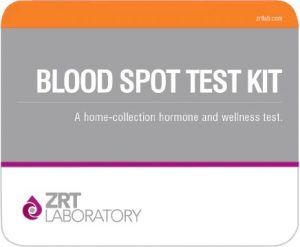 Dried blood spot testing (DBS) has been a widely accepted form of testing for years. A fingerpick of blood is placed on a specially prepared absorbent paper and allowed to dry. The sample is sealed and usually put in the mail or hand carried to the laboratory. One company, ZRT labs use this form of testing for a wide number of tests, from hormone tests such as thyroid, insulin, female and male hormones, drug screening, heavy metals, cholesterol and many more tests. Along with the LabPad INR machine this type of testing could free up many vacutainers and help curb the shortage.

Manufactured in US, a global company offers microsampling solution 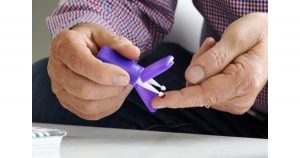 Another form of testing offered through a US based company called Neoteryx, offers microsampling of blood for a wide variety of labs.

According to their press information sheet:

Neoteryx is a medical device company that researches, develops, and manufactures microsampling devices for the remote collection of blood and other bio-fluids. Their flagship device, the Mitra® Microsampler is a simple, convenient alternative to traditional, phlebotomy-based blooddraws that delivers high quality, precise samples for laboratory analysis.

Mitra microsamplers can be used by anyone, anywhere, virtually eliminating the need for most clinic-based blood draws. By taking blood collection out of the clinic, Neoteryx is enabling patient-centered telemedicine and supporting virtual studies in research science. The Mitra® device, based on VAMS® our patented volumetric microsampling technology, is a specimen collection breakthrough. It combines the best of traditional blood sampling, dried blood spot cards and microsampling technology into an easy-to-use, remote specimen collection device.

Of interest is that this company manufactures and is based out of the United States, however it is only available for use in the US for research projects.

According to the small print at the bottom of their website: “They are CE-IVD self-certified in the UK and EU, a Class 1 IVD in Australia, Brazil & China, Class B in South Africa, and registered with health agencies in Canada, Thailand, and Ukraine. In the United States, Mitra devices are for Research Use Only (RUO). “

Given the severe shortage of blood collection tubes, hopefully these devices will be released for use past research in the country they are manufactured, namely the United States very soon.