Bioterror event over, but now what? | JASE Medical

Bioterror event over, but now what?

You are sitting at your desk, sipping your second cup of coffee. “Feels good to be back’” you think to yourself. It’s a slow day at work. Slower than usual. Since the bioterror event your hours have been cut. You have been back to work for almost 8 months, and now come into work only 3 days a week. Overall, however, you are very grateful you still have a job. Working IT security has proven to be a recession resistant career.

Your mind wanders back to the first days and weeks of the Tularemia bioterrorism event. The chaos that followed the announcement of the event came swiftly and violently. It was amazing the way civilization deteriorated and fell completely apart. Even in your own neighborhood car break ins and a few attempted burglaries occurred. Since most people were required to say home, the would-be burglars were met with force. Emergency personnel and law enforcement were almost nonexistent. 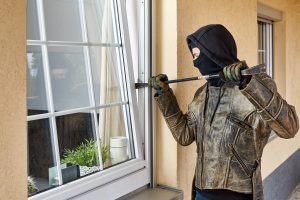 Order was slowly restored when the sleeper cell of 30 individuals that had infiltrated the Dugway Proving Ground biolab (located in Utah) and had covertly set up shop manufacturing enough Tularemia for their event. You suspect the general public will never know what really happened. However, the event was isolated to commercial aircraft air vents and the samples of organic powder sent in the mail.

During those few stressful weeks and months that followed, many shipping containers filled with medical supplies and toiletries were destroyed. The high temperature (160F) needed to kill the virus ruined many medications. Irradiation was an option, however given the fact it is one of the most pathogenic (disease spreading) bacteria known to man, it could escape UV light exposure.  Documents found in the sleeper cell revealed where the bio attack had been scheduled to take place.

Unfortunately, the delay in discovering the papers led to unnecessary destroying of medication, medical supplies fresh produce and many other temperature sensitive items.  This left a huge void in the supply chain. Many people were left without their blood pressure medications, antidepressants, diabetic medications, and hospitals were struggling with the dwindling supply of medications and supplies to keep their emergency rooms open. The attack had initially been written off as an early flu when people started pouring into the clinics and hospitals. The symptoms were very similar to the old-fashioned flu. However, as more and more people started succumbing to their illness, a doctor decided to test for bioterror agents. It seemed unlikely at the time, but the higher than usual mortality rate had her concerned.

During this time, while the nation was under stay-at-home orders, you started feeling very uneasy about how vulnerable your household was. You had been able to avoid going to the doctor a few times to get a prescription for antibiotics using the Jase case, but did the case have other uses? Between your injured thumb and your daughter’s bout with Giardia, the antibiotic kit had proven itself invaluable. During that stay-at-home time frame, you reviewed the different medications in the case. One of the antibiotics that caught your attention was the Amoxicillin-Clavulanate. The stated uses were for bite wounds (human or animal), Pneumonia (in combination with Azithromycin or Doxycycline) and sinusitis.  You recalled a few years back your younger son had been bitten by your cat and his hand had become infected. You took him down to the local clinic and he was prescribed an antibiotic. “I’m pretty sure that the prescription was for that antibiotic, it looks familiar” you recall.

During the last 9 months you became active in your HOA, attending meetings and working with the members to change rules. One was the prohibition of planter boxes for food production in place of front yard lawns. Another was to allow up to 6 chickens per household in the back yard if noise and sanitary conditions met. Your paramedic neighbor started holding first aid classes and emergency preparedness meetings. Two streets down was a retired home economics teacher. She offered to host small groups to learn to can and sew. Her husband is an amateur radio operator and obtained permission from the HOA to put up a long-range antenna in their backyard, as long as the antenna didn’t interfere with power lines. So much change. You were getting to know your neighbors, his children had newfound friends. Your wife loved the interaction with the neighbors. A neighborhood watch was instituted which was a relief after the car break-ins and attempted burglaries.

Your daydreaming was cut short as you realized it was time to go home.

Sliding into your car seat, you turn the radio on. The evening news was playing. Your weather forecast sounded good for getting your planter boxes planted and watered tonight. Gas prices were going up due to rumors of war. You heard mention of a new strain of bird flu and the culling of thousands of animals in your nearby state. You take mental note of this since you are due to pick up your 6 baby chicks this weekend. Supply chain disruption still ongoing. Crop failures and sanctions on countries providing fertilizers could cause food prices to spike.

You turn the radio to classical music, take a deep breath and realize the bioterror attack motivated your community to become more self-reliant. But you aren’t naïve. You know you still have a long way to go.

As I was researching the topic of bioterrorism for this series, I discovered how very little I knew and how very real the threat is. Chemical and bioterror attacks are more a reality than I previously thought or cared to admit. I knew about our own labs, such as Fort Detrick, but didn’t know the extent of our contracts with other countries and even on our own soil that these labs covered. Please do your own research. And please get prepared.